Odor Reduction In The Henhouse

Odor Reduction In The Henhouse

Ammonia primarily affects the respiratory system causing bronchitis, pulmonary oedema, severe coughing, shortness of breath. In addition, NH3 causes keratitis and purulent conjunctivitis. Ammonia combines with haemoglobin to give a compound called alkaline hematin. The action of such a compound impairs the transport of oxygen through the blood in the body. According to the Act 2010 No. 56 items 344 in hen houses and piggeries the ammonia concentration should not exceed 20 ppm.

Based on experience conducted by the University of Agriculture in Krakow, chaired by dr inż. Krzysztof Pawlak, we obtained results confirming the effectiveness of EM Probiotyk in reducing the concentration of ammonia in livestock buildings.

The test was carried out in a 100 m2 hen house where 889 laying hens were kept on a litter in a standard light cycle. The building is equipped with mechanical vacuum ventilation ensuring proper air exchange. One of the methods to reduce gases in livestock buildings is to add preparations containing probiotics to the litter.
Probiotics are products containing live and/or dead microorganisms and the substances they provide, which contribute to the stabilization of the population of microorganisms by preventing excessive development of pathogenic microorganisms.
The bedding was sprayed daily for 14 days. A 20% solution of EM PROBIOTYK preparation was sprayed onto the litter surface with a hand sprayer in an amount of 50 ml per 1 m2 of building surface. 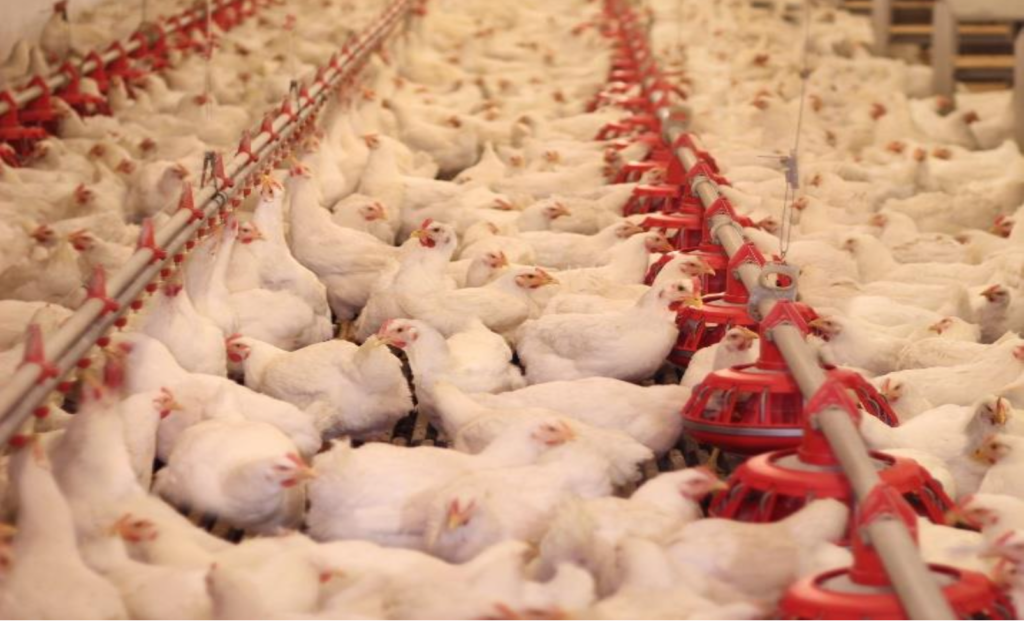